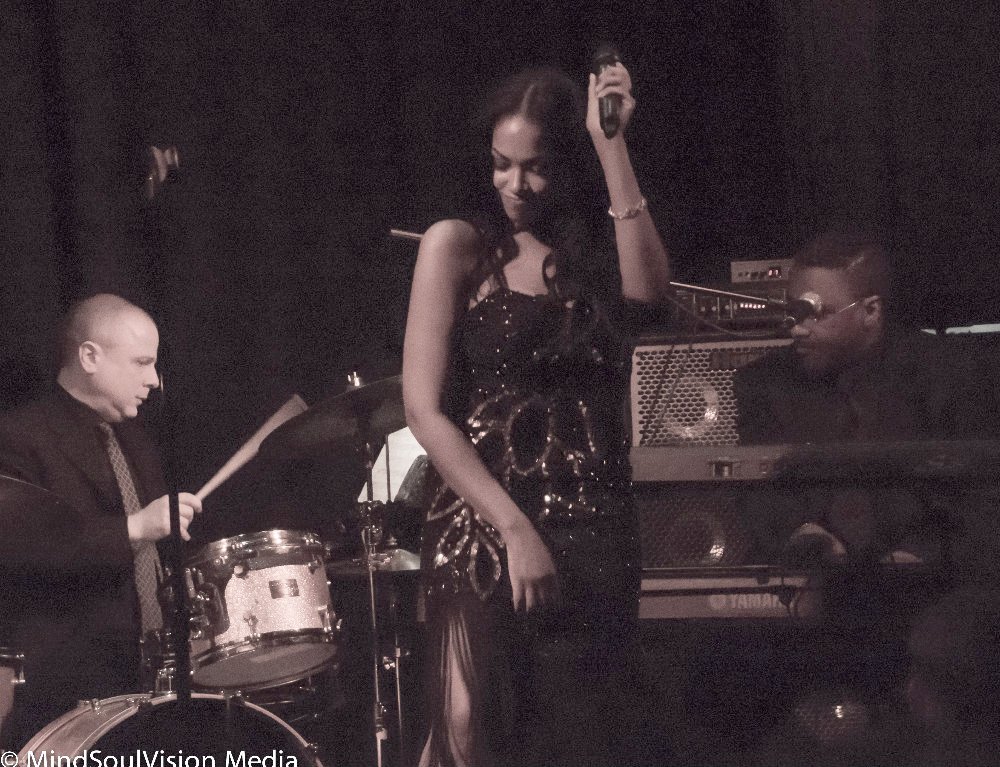 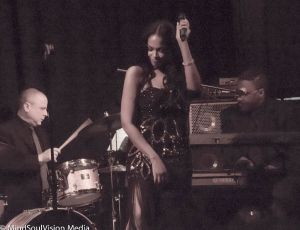 Sherma Andrews https://www.shermaandrews.com/   was born the youngest in a musically-gifted family living in the Caribbean Island of Trinidad. As a child prodigy, Andrews began playing the accordion at age 4. Her perfect pitch and her ability to play any song after only one listening led her to serve as the church organist at age 7.

She was awarded a National Merit Scholarship for gifted youth to study at the accredited Berklee College of Music in Boston, which is acclaimed by industry insiders to be the nation’s “go-to” school for contemporary music. At Berklee, Andrews studied with many of the most respected musicians and music professors in the industry. It is not surprising that after graduating with honors and gaining a wealth of experience, she was asked to teach at Berklee. During that time, Andrews formed a band with renowned saxophonist, Markus Hauser that toured Switzerland, Austria, and Germany. She was hailed by the German press as “A true star who has graced us with her presence before she vanishes beyond reach.” The tour culminated in an appearance at the Montreux Jazz Festival in Switzerland.

Andrews toured and worked with many accomplished recording artists. She filled in for Whitney Houston during Enrique Iglesias’ World Tour. She worked with, Branford Marsalis, Britney Spears, Donna Summer and opened for Michael McDonald and Michael Feinstein. She also performed for President Bill Clinton’s Foundation Gala and many festivals including The Montreux and Cape Cod Jazz Festivals.

Her songs have been played on The Young and The Restless, Against The Ropes, The Sopranos and other TV shows. Sherma Andrews is no stranger to the stage and has performed in Madison Square Garden, Jazz at Lincoln Center, Bergen Performing Arts Center, The American Music Awards, Teen Choice Awards, Billboard Music Awards and many others.

Singer, songwriter, arranger, producer, pianist and recording artist, Andrews is not just a phenomenal talent, she is an experience to remember. Just in time for Valentine’s Day, Andrews will bring to the Brock those much-loved songs we know as the “hits” by the Queen of Soul, Aretha Franklin.

The event is finished.

This website uses cookies to improve your experience while you navigate through the website. Out of these, the cookies that are categorized as necessary are stored on your browser as they are essential for the working of basic functionalities of the website. We also use third-party cookies that help us analyze and understand how you use this website. These cookies will be stored in your browser only with your consent. You also have the option to opt-out of these cookies. But opting out of some of these cookies may affect your browsing experience.
Necessary Always Enabled
Necessary cookies are absolutely essential for the website to function properly. These cookies ensure basic functionalities and security features of the website, anonymously.
Functional
Functional cookies help to perform certain functionalities like sharing the content of the website on social media platforms, collect feedbacks, and other third-party features.
Performance
Performance cookies are used to understand and analyze the key performance indexes of the website which helps in delivering a better user experience for the visitors.
Analytics
Analytical cookies are used to understand how visitors interact with the website. These cookies help provide information on metrics the number of visitors, bounce rate, traffic source, etc.
Others
Other uncategorized cookies are those that are being analyzed and have not been classified into a category as yet.
SAVE & ACCEPT
Go to Top